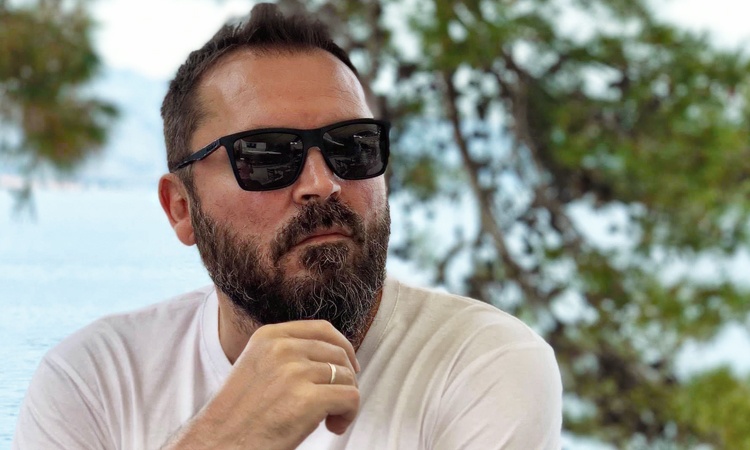 “My name is Fatima Muhić. I was born on July 12, 1995, at the Dutch UNPROFOR base. No, I’m not going to the Faculty of Philosophy in Sarajevo. No, I’m not 25 years old, as I should now be. No, I’m not alive. I was killed a few hours after my birth.”
Anes Berbić

I look and I am ashamed. I listen and I am ashamed. Banja Luka cafes are full. The music is blaring. Coronatime as an expression of the will of the people to do what they want. And then I watch a sad procession with coffins approaching Srebrenica. People are silent. With their heads bowed, they think about the evil of genocide.

Affirmation of genocide as a matter of “good taste”

Genocide has become a matter of good taste. Beware, not his denial, but the affirmation of genocide. Here, today, the flags of BiH around the world will be lowered to half-mast. Today, the sound of a siren will mark the saddest minute of the most horrifying day. But only in half of my country. The other half, the one that responds to the name of Republika Srpska, not only will not be silent, but will play music louder, but will, imagine this, celebrate the “Srebrenica Liberation Day “. I wrote that, on that day, Srebrenica was liberated only from the lives of nine thousand people and that only monsters can celebrate such a thing.

Let everything go quiet for 60 seconds

But what about all those calm, quiet people, who sit at home and “watch their own business.” Here’s a solution for a troubled conscience – if they have a conscience:

Let them play the sound of a siren from their mobile phones at 12 o’clock and let them pray to God for the killed people of Srebrenica and for their own souls. They can do it anywhere — if they’re in the car, let them stop it for a minute. If they are in their houses, let them play the sound of sirens and be silent, if they are in public places, let them turn off the music, let the laughter and murmurs subside — just for a minute, for a tiny 60 seconds that would take a few days of reading only the names and surnames of those killed in the genocide.

Will all these wonderful beautiful “little people” who “don’t like evil” and who “condemn all crimes” do it? Will they show that they have consciousness and conscience in just 60 seconds — that’s the real question, and I’m afraid the answer is no. Highest honor to those few even more honorable exceptions.

But, why is that so? Why does the majority Serbian Banja Luka and ethnically cleansed RS have so much animosity towards the Srebrenica genocide?

First of all, because genocidal intent and genocide itself is actually the DNA of that Republika Srpska. Its first people in the war were directly responsible, because they were architects and perpetrators of genocide. And after the war, with several years of trying to deal with the past, it is nothing more than bolding criminals into heroes. Let’s remember what Dodik said in 1996, when he himself admitted genocide, and let’s listen to what he is saying today – if we have a stomach for it.

And let’s be clear, the story of denying genocide and affirming war criminals is equal and immanent to the people in power and the so-called opposition in RS.

Blessing criminals as a tradition

This story has been supported all this time by the dignitaries of the Serbian Orthodox Church.

I’m looking at a photograph in which Fr. Ivan Nuić, the secretary of the Franciscan Gymnasium in Visoko, is praying to God next to the nine coffins with the victims of genocide that will be buried in Potočari tomorrow. Such a normal, human reaction to the abnormal circumstances of killing people. I’m thinking to myself, it’s normal for a priest to pray for the souls of the slain. And then, I try to remember which church dignitary of the Serbian Orthodox Church knelt and begged for forgiveness in Potočari? Which bishop or patriarch did that? Apart from photos showing them blessing the war criminals, those of the highest rank and those “contractors”, there are no such memorabilia. The Serbian Orthodox Church, along with the current Serbian nationalist policies, on both sides of the Drina, represents that hegemony in denying genocide.

When we put things this way, and we can’t do otherwise, it is clear that Banja Luka is sleeping a hard dream of deniers and repressors. When we put things this way, it is clear why the youngest generations in RS are being raised, not to be deniers, but affirmers of a new genocide, so more and more often we hear perverted verses – Srebrenica, precious, beloved, may it be repeated three times (sic!).

I read the sentences of 18-year-old Anes Berbić, a high school student from Sanski Most, who, in his great column, among other things, says:

Everything is clear to everyone. Everyone knows everything. Even those who keep their ears and eyes closed have seen and heard so much evidence of genocide in Srebrenica in this quarter of a century that they would have to kneel and pray within themselves. Always and constantly, not just in these few days.

But they won’t, they don’t want to and it doesn’t occur to them!

Here, I am ashamed of that mental structure and such a crowd, which lives and does not live, which dies and does not die, which feeds its desolate existence with hatred and ignorance.

The flags of my country are lowered to half-mast all over the world, I can turn on the siren on my cell phone and pray to God — for the victims and for the cheek and mind of those who cannot see or hear with their eyes, ears, and hearts. This second prayer is much more difficult.

The reconstruction of the OLD CRAFT CENTER BRČKO project, putting wool over the citizens’ eyes before the elections?

"Is the abuse of false national minorities through politics in the Brčko District imminent?"